STATEN ISLAND, NY — Several asylum seekers hoping to enter the job market in New York City have taken a big step forward with the help of a community organization.

La Colmena — which works to empower day laborers, domestic workers and other low-wage immigrant workers of varying immigration status on Staten Island — held a graduation ceremony at its Stapleton headquarters on Sunday. for just over two dozen people who have completed La Colmena-sponsored courses in Occupational Safety and Health Care (OSHA) and On-Site Safety Training (OHS). The courses – which required 40 hours and 10 hours respectively – are legally required for those wishing to work on construction sites.

Each graduate also received a new pair of OSHA-approved steel-toed Timberland construction boots, courtesy of Brooklyn-based Goldmont Realty Corp and the Masbia Rescue Team. The shoes cost around $100 a pair.

According to Yesenia Mata, executive director of La Colmena, a large majority of Sunday’s graduates were asylum seekers.

” This kind of [course] is very important because it really supports the immigrant worker with the resources they need so they can learn to defend themselves,” Mata said. “They’re just looking to contribute… When you ask any of the workers here, they always say, ‘I just want to be able to contribute to society.'”

Mata emphasized the strict and pragmatic nature of the classes, taught by Felix Guzman, which Mata called a testimony to the La Colmena mission. Guzman came to Staten Island as an immigrant, became a student at La Colmena, and now teaches. He is one of many La Colmena participants eager to help the organization expand its reach and reputation.

“It’s just beautiful to see [everyone] support each other,” Mata said. She added that La Colmena offers various courses throughout the year.

“It’s incredibly important to give people back their dignity,” said Leon Goldenberg of Goldmont Realty Corp., who donated 50 pairs of boots. “They came to the United States to pursue the American Dream, and helping them get into the workforce so they can fend for themselves is a basic human right.

“I am proud to sponsor these OSHA approved boots.”

“It’s a very human story,” said Alexander Rapaport, executive director of Masbia Relief Team. “It’s about humanity, it’s very little about politics. People should be able to see beyond [politics] …these people came to America to pursue the American dream.

In addition to Sunday’s giveaway, Rapaport said Masbia’s relief team provided at least 3,000 new pairs of shoes to others this year in late summer and early fall.

While asylum seekers may be eager to start a new life, obtaining permission to live and work in the United States is not automatic. There is a long process that migrants have to go through to obtain asylum and the possibility of legally applying for a job.

First, migrants must apply for asylum, then they must wait 150 days to formally apply for a work permit called an Employment Authorization Document (EAD). And migrants are not eligible to receive an EAD until an asylum application has been pending for a total of 180 days, according to United States Citizenship and Immigration Services (USCIS).

THE MIGRANT CRISIS ON STATEN ISLAND

In addition to two hotels on Staten Island, there are currently more than 40 sites used as temporary relief centers for asylum seekers in New York City, including a major site at Randall’s Island.

Asylum seekers accommodated in Travis hotels will be here for at least six to nine monthsaccording to officials who made the announcement at a community council meeting held by the 121st Ward last month.

While many local residents and businesses mobilized to offer their supportservices and donations of food and clothing, a number also expressed dissatisfaction with the situation and the city’s handling of the crisis, in particular the amount of money spent on migrants and the way The city’s already overwhelmed accommodation and school systems will manage with the influx.

On Staten Island, there are 213 newly enrolled homeless students, including asylum seekers, in at least 15 schools, according to data obtained by Gothamist.

Those who wish to help La Colmena provide resources to asylum seekers can donate to lacolmenanyc.org. Additionally, residents can contact La Colmena if they are interested in hiring a worker who has received training through the organization or volunteering with the organization.

LEARN MORE ABOUT THE MIGRANT CRISIS

Previous Bay Area alone in California where homes have been selling for less than a year | Houses
Next Real estate agents expect ‘vulnerable’ commercial real estate prices to fall in 2023 and don’t let Tom Brady mislead you: the big names peddling FTX and other crypto investments can only mean one thing for your finances 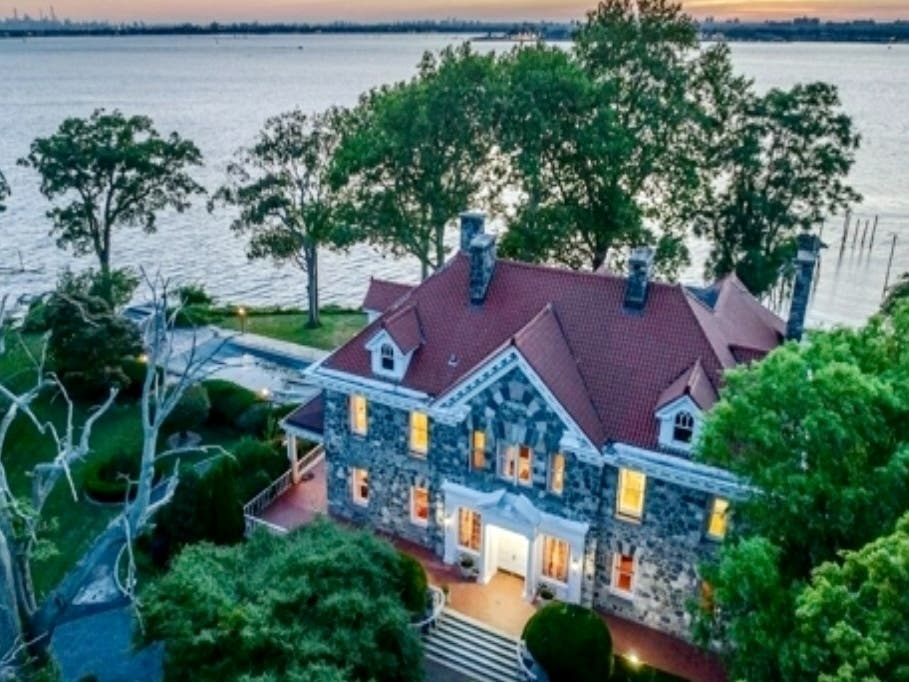